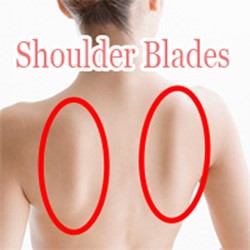 With a length of about 67/70 Centimeters, the flute has an average weight of 300/350 grams. The wooden flutes have a higher weight due to the thickness of the tube which, in this case, is between 3 and 4 mm, against 0.4 to 0.5 mm thickness of metal tubes. A weight and a size are not negligible, and is something in which the flutist has to deal. In order to keep the instrument perfectly balanced in playing position, you need to act simultaneously on the four points that guarantee stability:

Note. It would be more accurate to say that the chin does not exert any active pressure outward, but is opposed to the inward pull exerted by the phalanx of finger that holds the instrument. However, although this is a function of resistance, from the balance point of view of the forces we can consider that even the chin exercises a real boost (in pressure).

In this way, the perfect sealing of the instrument is ensured and the fingers are free to act on the keys. That sounds very elementary, but it is the very first technical capacity to acquire, otherwise you find difficulty in finger movement or instability in holding the instrument, especially in the vicinity of the embouchure hole. The seal must be comfortable and safe: the final result is always determined by the precision of a whole range of factors that come first, on which we need to focus our attention.

We try to keep the flute “pushed” only into the four above points, without using other fingers in holding the instrument function: we can verify that the flute is perfectly balanced, secure, and stable.

Lets look at some of the most common mistakes we have seen at this early stage of setting the posture and therefore must be absolutely avoided.

The performer brings his/her head towards the instrument, moving it too far forward from the vertical line of the body, with these inevitable consequences:

To avoid such consequences, to acquire natural position of the torso and head, simply think of “bringing the flute to the body” and not the body towards the flute.
How?
Directing it more towards the inside with a slight shift in the direction of the left hand that supports it.

Incorrect positions of the shoulders, head and arms. Recommended position

When placing the instrument to your mouth in playing position, you should be paying attention to what happens in the right shoulder.

There are two common mistakes:

Both errors create disturbances to breathing, muscle twitching which is also extended to the nearby regions, as well limitations in the articulation of the fingers. This is because we do not always give importance to the exact location of the flutist compared to the instrument.
We will now explain what, in our opinion, is the most correct position (as well as the most comfortable and most natural) along with the process to get it without effort.

They must be kept parallel with respect to the imaginary line connecting the feet and with which they form the sides of a rectangle; in this way the torso remains in a natural position and does not undergo a twist to the right.

Holding the instrument in playing position with the left hand alone, keep your right arm in rest position at your sides; then, slowly bring your right hand on the instrument, taking care not to move the right shoulder and not to raise your arm excessively.
Perform the same step with your left arm. Then, upon reaching the
performing position, try to gently rotate your arms, to push aside and push them up against the torso.
Check the state of relaxation and correct posture of the shoulders. When this is easy, it means that the arms were “harmonized” with the instrument.

At the same time, we must take care of the head, since the length of the flute
certainly not negligible. To maintain shoulders and arms in the correct position, turn the head to the left by about 40 °, but without – as we have already said – “pulling” forward. In this way, the head is in the correct position, the shoulders are open, and the arms reach the instrument comfortably. It should be easy to now notice that the four points indicated above are sufficient – by themselves – to guarantee the perfect stability of the instrument and that there are no contractions in the neck, shoulders or along the arms.

We’ve already talked about the “safety valve”. Hands are subject to contractions and excessive stress.
Being directly responsible, as “performing” elements, for the mechanical technique, our hands require special attention. They have to move smoothly and therefore it becomes necessary to foresee more “safety valves.”

Let’s examine the “joints” that we have available.

Your wrists should be kept bent upwards (without reaching the point of maximum tension) to neutralize any contractions present along the arms. They act, in this case, by “breaking-it”, as they say in the field of mechanics, preventing any contractions to flow to your hands.

The palm of the hand should be kept “open” (v. Hand preparation exercise), try to perceive a relaxed muscle tone and relax it in all its surface. We must remember that there are muscles that need to move not only in the forearm, but also in the fingers: before the flexor of the fingers, the back extensors. Therefore, if contractions persist in the palm of the hand, the fingers will benefit from a reduced energy, as “braking”, from the forearm muscles.

Fingers. The ideal position of the fingers are the ones they take when the arms are outstretched along the sides. Try to look at them, standing up in front of a mirror: they are naturally rounded, in the rest position, but full of latent energy, ready to snap at our command. When we play the flute, we must not exert excessive pressure on the keys: to close a key you really need a few grams of pressure; otherwise hands get overtired, it burdens the joint movement ( as if we run with weights on our ankles) and, not least, it would damage the mechanics of the instrument.

As we shall see later, the fingers perform two movements: one, from the top downwards, to close the key; the other, from the bottom upwards, to open it. Generally, the first is easier and more precise, the second slightly less natural. If we observe, the same thing happens for your feet: it is easier to bring the foot rapidly to ground than it is lift it up; the same way, it is easier to quickly tighten the teeth that gape starting from a position with clenched teeth. In short, it is easier to “close” than to “open.” We will learn later to balance the strength of the two movements, when we come to equality in the articulation of fingers.

At this point, attention should be focused on the energy that comes to your fingertips: an energy flow, starting from the humeral head and going along your arms to their full length, allows the contractions in the joints and concentrates, powerfully, at your fingertips. That is it, you create a “circular route” which, starting from the cervical vertebrae, heads down, it goes at the same time to the two arms, arrives at your hands, fingers and, hence, the instrument, now an integral part of our body, “closes” the circle. Now the flute is no longer a foreign object, but perfectly stable and harmonized with our body, which integrates easily and naturally.

Exercise for holding the flute

• Standing upright and breathing normally, put the instrument in playing position.
• Check the four points of the support of the instrument, exerting on each of them short pressures and subsequent relaxations.
• Now view the circular route, feeling the flow of energy from the base of the
neck up to the fingertips. Note the distention of the neck, the lightness of the
arms, the opening of the palms; ensure the smooth flow in the articular surface: humeral head, elbow, and wrist.
• Focus finally on the energy load present on the tips of the fingers and their contact with the instrument.
• Check the same path several times.
• Then try to walk, bend, or to slightly twist the trunk and pelvis, stand on your toes, until these movements are not entirely spontaneous and natural: at this point, the flute is definitely part of ourselves.

One thought on “Common Posture Mistakes”