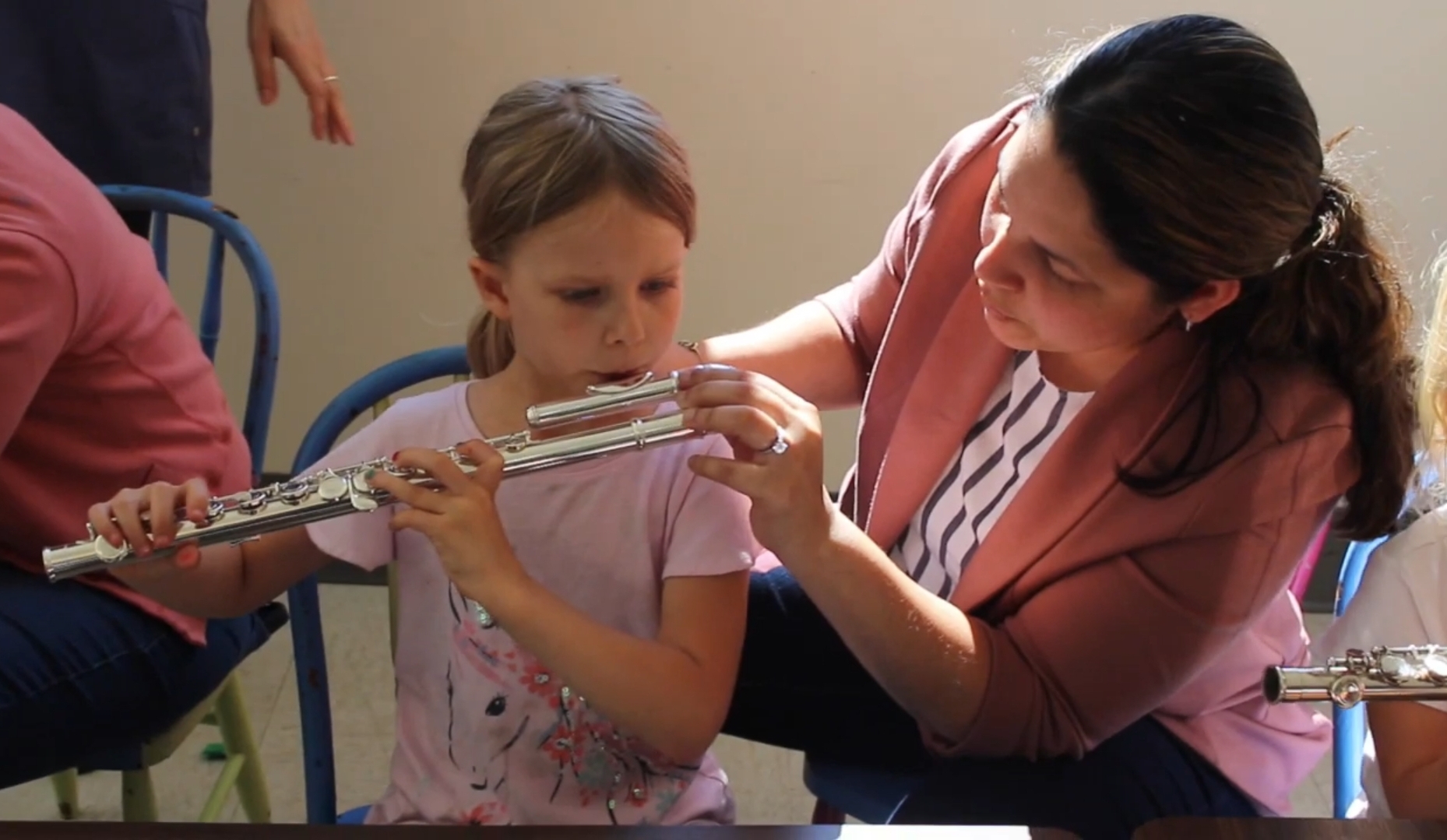 Do you ever feel a brain fog when trying to conquer a passage? Or maybe you feel like one of your students is in a brain fog. Sometimes you see improvement during a practice session, only to discover the next day that your retention was poor. Often, we rely on a seemly infinite number of repetitions to see lasting improvement. Just like we warm-up for optimal sound and flexibility, we can also warm-up our brains so that learning new concepts becomes noticeably more effective.

The research into neurogenesis was started by John J Ratey, MD while teaching at Harvard. The ground breaking results were published in 2008 in the accessible book titled SPARK: The Revolutionary New Science of Exercise and the Brain. Since then, much research has been dedicated to neurogenesis throughout the world. One of most striking outcomes outlined in SPARK was the introduction of an aerobic exercise program at in the Naperville, Illinois school district. The eighth-grade students would wear heart monitors to be sure that the target rates remained during the 20 minutes of exercise. This 20-minute period preceded their science and math classes. The levels of learning sky-rocketed and students scored extraordinarily high on international exams. MRIs of the brain showed markedly increased levels of brain activity.  To simplify what was happening, Dr. Ratey called the resulting aerobic activity “Miracle Grow” for the brain.

Shortly after the publication of Spark, I had filed a dispute with our daughter’s school district. They had being denied accommodations for PE due to her severe cerebral palsy.  I contacted Paul Zientarski who was the Physical Education Instructional Coordinator at Napperville and had worked closely with Dr. Ratey to implement the Napperville study for help.  Not only did I learn more to assist my daughter (we won the accommodations!), but I also learned more about implementing the tenets of SPARK in different situations.

I had begun using strategic aerobic activity with my KinderFlute group classes. Mr. Zientarski highlighted adding complexity and a positive environment to the activities.  An example was do a mini-obstacle course (running around different cones) during a note reading replay race.  Lively flute music during the aerobic activity also used to create a joyful atmosphere. Immediately after the activity we would transition to an activity that required much concentration.

One particular class sticks in my mind. We had just finished an aerobic learning game and the 6- and 7-year-old flutists were huffing and puffing! The student had been learning five-note pattern and had several memorized. They had also learned to play a variety of different songs in those five-note patterns. The new activity was to have them write the scale degree numbers in one of their pieces and then play the piece in a new key. They did a phenomenal job, and parents observing were amazed.  It was an excellent time to remind parents the classes were carefully structured to optimize learning.

These strategies seem easy to implement with young flutists, but how does this apply to older flutists? Let’s start by quoting Dr. Ratey: “Key factors that have shown to stimulate significant neurogenesis are aerobic exercise, a loving and supportive environment and new and enriching experiences.” So how do  we implement these three factors into our own learning and teaching of students of all ages.

Implementing aerobic activity during a lesson may not be practical for older students, but we can certainly encourage them to take a ten-minute break and do stair climbing, jump roping, or better yet a complex computer movement app. To make something like climbing the stairs more complex, do arm circles first one per step, then two per step, or a 5/8 pattern of 1-2, 1-2-3 …  By the end the heart rate should be raised, but the exercise should not reach the level of fatigue.

The loving and supportive environment needs to be cultivated both in lessons and practice. A joyful studio will do much to combat tension that can cause paralysis to learning. A relaxed atmosphere allows fingers to move with ease, full and free breathing, and an open mind to new concepts. Of course, critique is an essential part of teaching, but the methodology can either impart growth or discouragement.

The third factor for significant neurogenesis is new and enriching experiences.  For the beginner, the experience of learning the flute is indeed a factor for neurogenesis, but what about advanced players who have played for many years? Sometimes advanced players get stuck in a rut as the tyranny of the urgent takes over their practice routine.  In the midst of trying to conquer a difficult solo they forget to add new and refreshing idea and concepts. About ten years ago I challenged my over fifty brain to learn beatboxing. For neurogenesis to occur we must be life-long learners ready and eager to take on a new and enriching challenges.

Kathy Blocki’s passion for excellence in teaching is demonstrated by the consistent success of her students. Her zeal to help every student reach their fullest potential is unmistakable.

She was awarded the “Best Tools for Schools Award” at the NAMM convention for the creation of the Pneumo Pro® Wind Director for teaching air speed, direction and developing breath support.

Her clinics on teaching the flute have been enthusiastically received in Europe, Asia, Australia, Canada and throughout the United States. She frequently presents at the US National Flute Association Conference. Her approach to teaching beginning students has pioneered many new ideas, which has led to the creation of KinderFlute® where even young children excel in playing the flute.

Her pedagogy for teaching and playing the flute has been featured in the National Flute Association Pedagogy Anthology Vol. 2, School Band and Orchestra magazine, the Dutch “Fluit” and the German “Flöte Aktuell” journals.

Previously, she was a member of the Fort Wayne Philharmonic, Chautauqua Festival Orchestra, and the American Wind Symphony. As a past faculty member of Goshen College, she taught flute, flute choir, and developed their aural skills program. She graduated with high honors from IU Bloomington, Jacob’s School of Music and highest honors from Arizona State University, and has had the privilege of studying with Eric Hoover, James Pellerite, Samuel Baron, and Bernard Goldberg, and Dr. Amy Hamilton.

One thought on “Speed Up Your Brain for Efficient Practice ”

Do you want to not only amplify your voice but build your OWN stage? I hear you! The market is overly-saturated with talented flutists, and you are dying to be seen and heard! You want to build fantastic creative and financial opportunities for your career, but you are unsure how to go about this. Whether you are trying to build your flute studio, gigging schedule, or any other creative endeavor, it starts with people. When you are a podcaster, you will inevitably build those meaningful relationships with your podcasting guests and listeners! From these relationships, new budding opportunities unfold. I have seen it time-and-time, again, and I am...

Interested musicians who on August 31, 2022, have completed their 18th year but not yet their 28th year are invited to submit their applications using the form at the website. This position is open from September 1, 2022 until June 30, 2024. Applications are being accepted until May 7, 2022. Required pieces: W.A. Mozart: Flute Concerto in G major, KV 313, 1st movement exposition – with piano accompaniment Orchestral Excerpts: J. Brahms: Symphony No. 4, 4th movement – from #93 R. Strauss: Der Rosenkavalier, Act I – Flute Cadenza P. Hindemith: Symphonic Metamorphosis – Solo Andantino Piccolo: L.v. Beethoven: Symphony No. 9, 4th movement – Alla Marcia More information at: https://www.wienerphilharmoniker.at

We celebrate One Year Anniversary of The Babel Flute, which is held on Web Flute Academy! The doors are open till June 19! Free registratoon! About the celebration On May 18 and 19, we took a ride in a time machine and walked together through ancient Babylon, visiting its famous sights: the Tower of Babel, the Babel Bridge, the Babel Temple and the Babel Castle. There we met dear friends from all over the world who came to celebrate the unique Babel Flute project!    Schedule of events:    Day 1 📌 The Tower of BabelCategories: “Analysis & interpretation”, “Playing...

Flute player (3. flute /piccolo) The Lahti Symphony Orchestra is a dynamic, innovative orchestra maintained by the Finnish city of Lahti. Major functions are, in addition to offering audiences a wide range of concerts, touring, recording and education. Its home is the Sibelius Hall, famous for its magnificent acoustics. The orchestra, together with its Principal Conductor Dalia Stasevska, seeks to recruit first-class players with good team-working skills. The flautist serves as the orchestra’s primary piccolo player. When selecting a player for this post, we will attach importance to his/her experience in similar positions, and to good collaborative and interactive skills....
Services (1)
Jobs (2)
For Sale (0)
Events (1)
Courses (1)